For many sweet plans of visiting friends and relatives for the Diwali festival turned out sour for an unfortunate reason. Sugarcane farmers’ protests had blocked roads at various places in Western Maharashtra to convey their demands. At times, the protests turned out violent, especially after the news of the arrest of their leader, Raju Shetty. Many stuck on the road had to scuttle back to their respected places via remote villages. The State Transport Corporation had to shut down all its transport services fearing more damage to buses on the road. Distressingly, several people had to ‘celebrate’ the Diwali morning with the 'bottle shower'at the city bus stand washrooms! 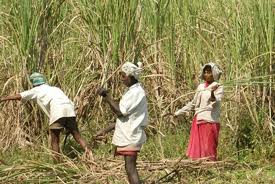 It seemed Maharashtra, the largest sugarcane producing States in India with 93 sugar mills under operation this year does not take its sugarcane farmers seriously. Every year, farmers have to fight for the fair amount of advance for their sugarcane. According to some of the farmers' organisations, the Government’s fair and remunerative Price (FRP) has hardly been in commensurate with the ascending production cost of sugarcane farming. This year, the FRP per ton announced by the Government was Rs 1,750 for 9.5 per cent recovery and Rs. 179 for every additional 1 per cent recovery, thus, working out to an average of Rs. 2,150 per ton. Farmers’ organisations were demanding a higher first advance than the government announced FRP: a total of Rs. 4,500 per ton of sugarcane — including Rs. 3,000 as cost of production in the first installment — which the owners of the co-operative sugarcane factories did not agree upon. Therefore, the protests.

Through the protests turning violent at some places, sugarcane was kept waiting in fields ready to be cut. There was a risk of adversely impacting the production of sugar and postponing the next crop season. The sugarcane cutting families had already reached the sites from Marathwada and Vidarbha. But they had to stuff themselves around sugarcane fields, wherever they could, with no jobs in hand through shivering winter cold.

The agitation concluded at the cost of lives of two farmers. A big question on the unfortunate conditions of the families of two farmers has remained unanswered. The politicians including Sharad Pawar were involved in the verbal tamasha with leaders of the farmers' organisation.  Many along with a battalion of other politicians were seen lined up at Shivaji Park, Mumbai with garlands for the Hitler admirer Senapramukh. But one wondered if they were equally sensitive towards the people died, property damaged.

The new advance cost announced by the Government is, indeed, a temporary solution. As a matter of fact, the sugarcane price is one of the long ailing issues of the already on death-bed co-operative sugar industry. Unprofessional management, lack of foresightedness and absence of decision-making process, corruption, changing market economy, and of course, vagaries of nature are some of the root cause reasons behind this ailment. Vijay Chormare and Prof J F Patil have made a detailed analysis in their succinctly written articles published in Maharastra Times. 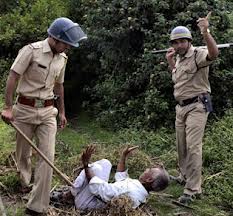